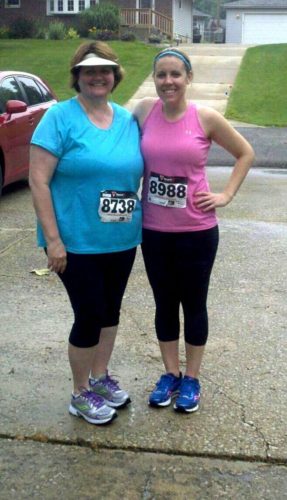 Highlight of the week: watching my Mom complete her first 5k!  She had been walking on the treadmill and outside a bit to train for the race and would tell me about her progress over the phone since I couldn’t train with her, so I was thrilled to see all her hard work pay off!  She did great!  I found her on the course and we finished together…despite the rain- which made us feel like badasses! :-)

Mini Race Recap:
The race was supposed to start at 7am, which I’ve come to realize is just too early for me.  That said, I wasn’t able to get my body fully awake or eat properly beforehand because I wanted to stay in bed for some extra zzz’s.  Nevertheless, the race went well!  We picked up our race packets the day of and had time to bring the bags back to our car and get our race bibs on.  We were also able to park fairly close too!

I love the flat course and although it was humid, it was cloudy and it sprinkled for about half of the time which was helpful in keeping cool!  This year was also a record-breaking year in terms of number of participants!  There were over 550 runners, and I noticed a lot of them were wearing blue shirts that indicated that it was their first 5k.  Very cool!

My only complaint (besides the early start time) was that I wasn’t sure where the actual “start” for the race was.  I saw a red spray painted line and figured that was it so I started my watch but then the official results were about :20 different.  Plus, the race started about 15 minutes late so I was standing around for quite some time.  (After standing around, I had to go to the bathroom but didn’t know if the race was going to start any minute.  Plus, it was such a far ways back to the facilities that it wasn’t worth it so I just held it.  TMI?  Perhaps!)

There TONS of volunteers (and medics) along the course handing out water and shouting out words of encouragement–especially at the finish line!  After the first mile (once I weaved in and out around runners and walkers), I was able to get settled and found my pace.  I ran each mile faster than the previous, and I was able to really kick it in at the end!

Race results were printed out an posted on a board immediately following the race so I was able to look up my time/place right after I was able to grab a water and cool down a bit.

A plethora of snacks (from donuts to cookies to carrots and bananas) were available afterwards, as were chair massages and FANTASTIC raffle prizes. Sadly, my Mom and I didn’t win…but we did each end up winning prizes at the baby shower we went to later that day. So I’d say it was a win win!

Another bonus?  I saw Marci from the Biggest Loser at the race again this year since she is from the area!  AND there was a free outdoor Zumba class immediately after the race, which I would have stuck around to do but we had to get ready for the baby shower!

Overall, I had a great time at this well-organized race and would definitely plan to wake up early to do it again…especially with my Mom!

Check out the race photos here.

Photo courtesy of the race photographer… 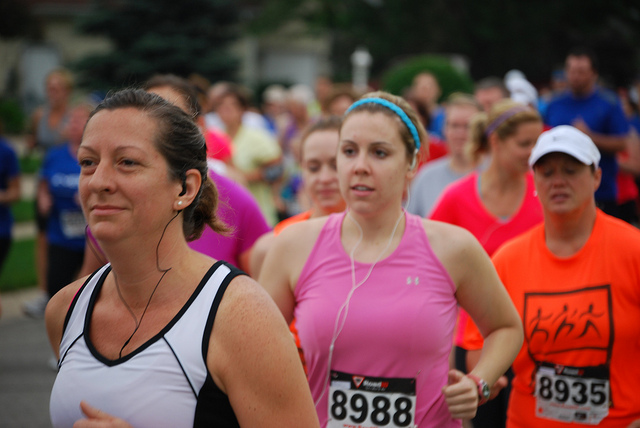 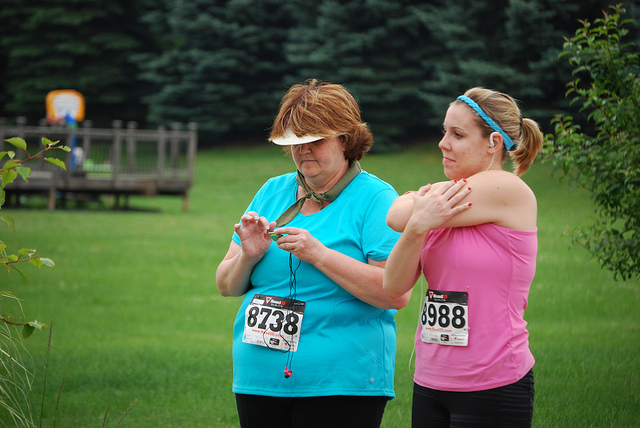 Linking up with:
Still Being Molly/Lipgloss & Crayons for YOLO Monday