This shop has been compensated by Collective Bias, Inc. and its advertiser. All opinions are mine alone. #TryALittleGoodness #CollectiveBias 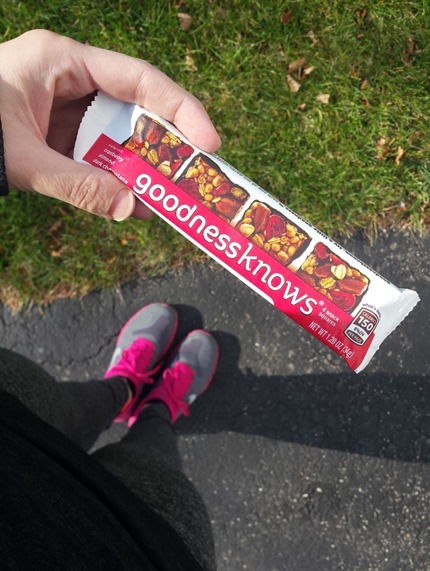 I knew after having Bryce that I wanted to complete a half marathon within the year.  He was born in April, and I knew I wouldn’t want to do a winter half marathon, so I found one in October and signed up.  No time like the present, huh?

It was my 3rd half marathon, so I knew what training would be like.  I wanted to do it because running was my stress relief, my quiet time, my “me” time…and it just made me feel like myself, which was especially important after having a baby. I wanted to prove to myself that I could accomplish what I set my mind to.  (It also happened that my 30th birthday was the same weekend of the race, which made it extra sweet.)

So I set out on training.

For the majority of training, I just ran one day a week- my long run days on Saturdays.  It was tough any other way with T working, leaving early in the mornings…and I wouldn’t have enough energy (or daylight) to run at night.  It was a careful orchestration week after week between Bryce’s feedings and other commitments (like family events, and a gum surgery that took me out for a week at the end of my training).

I ended up adding a second 3-4 mile treadmill run into the mix the last 4 weeks or so which helped when the long runs got into the double digits.  And I did every run by myself.  Although I enjoy company when I run, I just enjoyed that time to let my feet hit the pavement and listen to music.  Therapeutic, really!  And T was so supportive and sweet to wake up early on Saturday mornings to be with Bryce while I went out to get those miles in.

In the end, all the training was worth it (if you followed along on Instagram, you would have seen my “check ins” as the weeks went by). Despite a nasty cold the weekend of the race, I finished my third ever half marathon in 1:45:57, a PR by over 8 minutes. I never, never imagined that would happen.  While I am super happy with my time, it is so much more than that.  The satisfaction of achieving my goal feels so great! 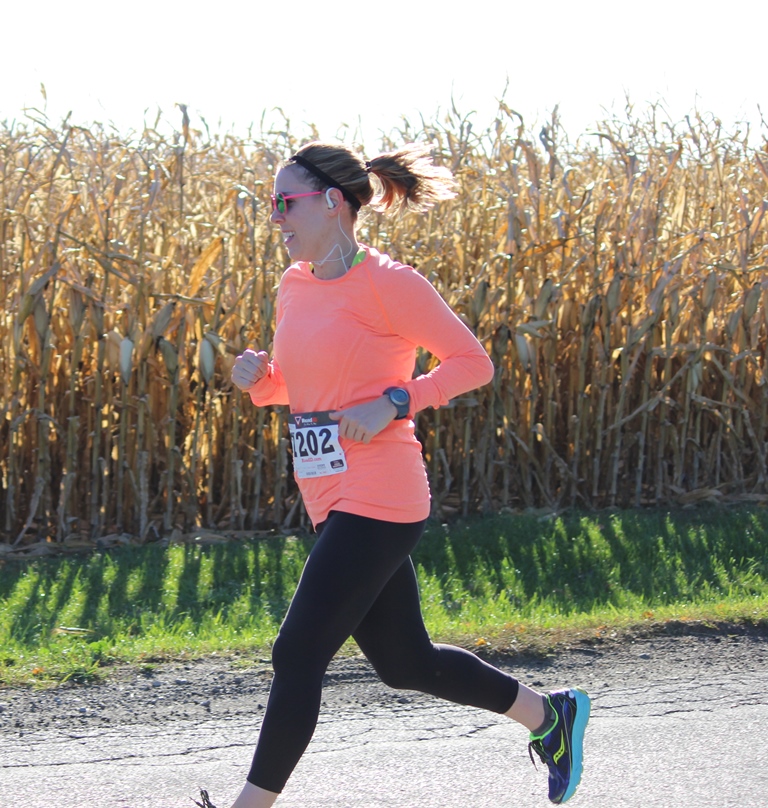 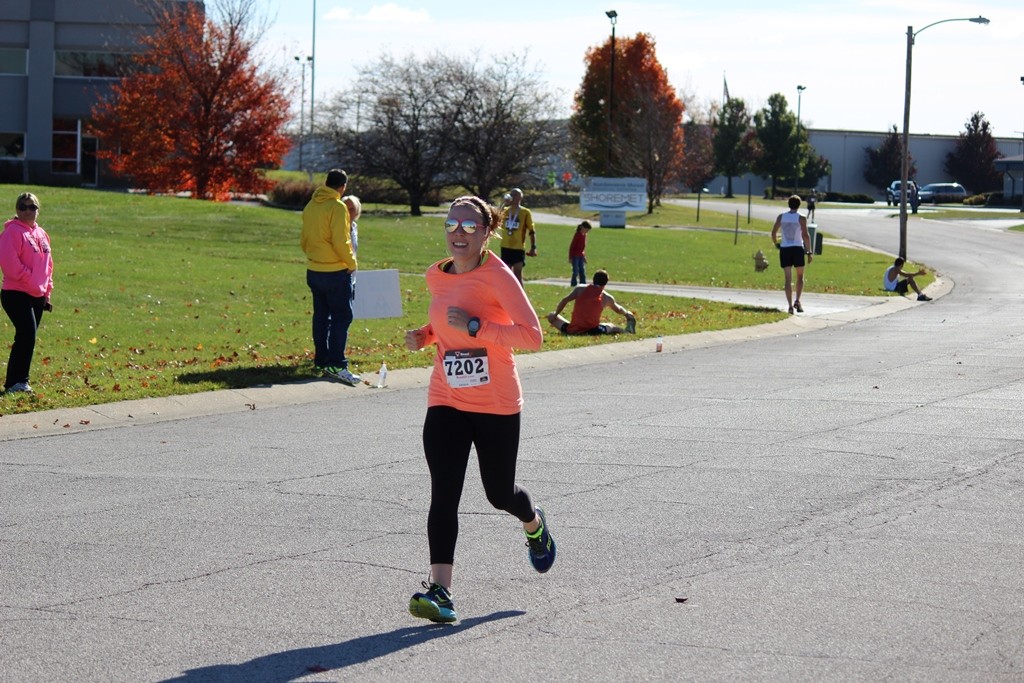 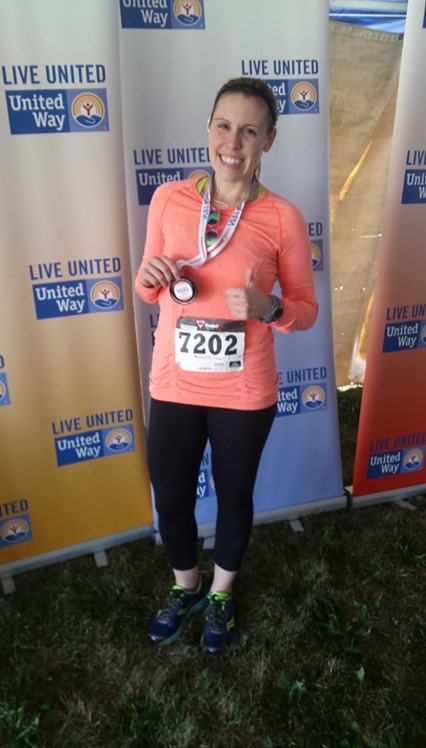 Now that the training is over, I wanted to celebrate with more than my medal. It was a major fitness milestone for me, and I figured I should treat myself!  I love to reward myself after achieving a fitness goal like this (or others) in a few ways: 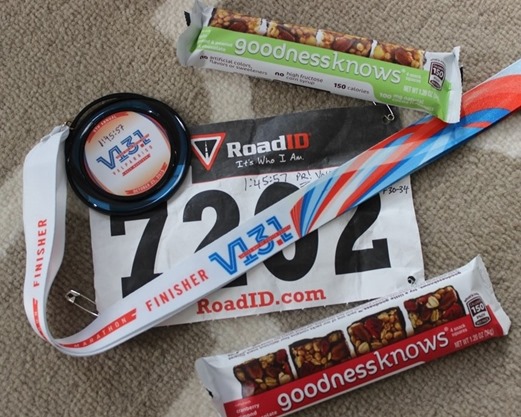 They are surprisingly delicious with just enough chocolate to curb the sweet tooth and feel decadent and candy bar- esque, but pack a lot more nutritional value than a candy bar.  Win win in my book- I love treats like that! 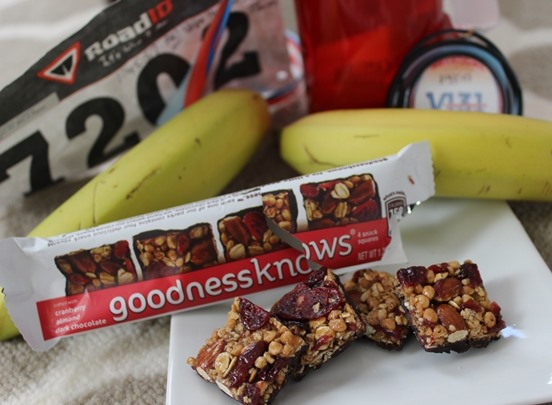 That said, goodnessknows® snack squares reminds us that doing a little good for yourself can go a long way. So to celebrate the notion of “goodness to greatness,” you can share your goodnessknows® photo or quote for a chance to win a variety of fitness prizes!  Enter using the Rafflecopter widget link below.

How do you treat yourself after a you’ve accomplished your fitness goal?
Which goodnessknows® snack square flavor sounds best to you? 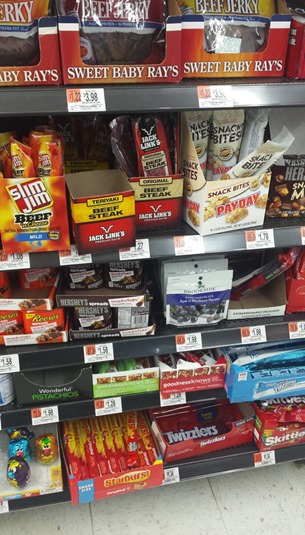