We all know that protein is critical for everybody, but even more so for active individuals who are searching for what to drink and what to eat after a workout.

The major players in the protein market have responded to this demand with a number of high-protein recovery shakes, but most of them are made with powders and additives and are chalky, hard to swallow taste like Pepto Bismol.

But that’s where Core Power comes in. 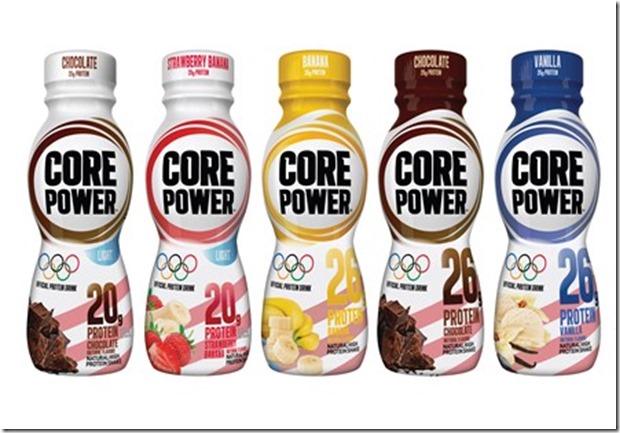 Core Power is a delicious post workout recovery drink.  It is a real milk protein drink made from fresh, lowfat, lactose-free milk and real honey. From endurance sports and bodybuilding to running, yoga and cross-fit, Core Power helps you recover faster, build lean muscle and refuel. The brand features simple ingredients and great taste, without a chalky texture. You can also check out their blog for some really creative recipes.

I’m not usually the type to drink a protein shake every day or count how much I get in my diet, but I was curious to try a product that boasted that it didn’t taste chalky and had more protein than a standard glass of milk. 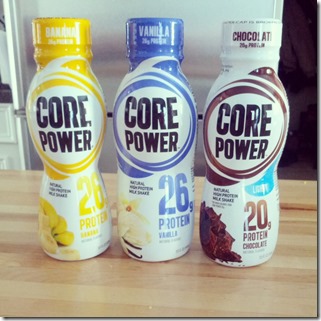 Core Power has a ton of flavors, but I was sent three.  I’m not a huge fan of banana, but the vanilla and “light” chocolate were pretty good!  They still had an aftertaste to them, but nothing terrible compared to other protein shakes.  The “light” chocolate was probably my favorite because, duh, I’m a chocoholic…but it also was less calories, coming in at 150 versus 240 for the regular shakes.

And did you know? Core Power was recently named the Official Protein Drink of the Sochi 2014 Olympic Winter Games!  So if world-class athletes are drinking this stuff, it’s gotta be good right?! 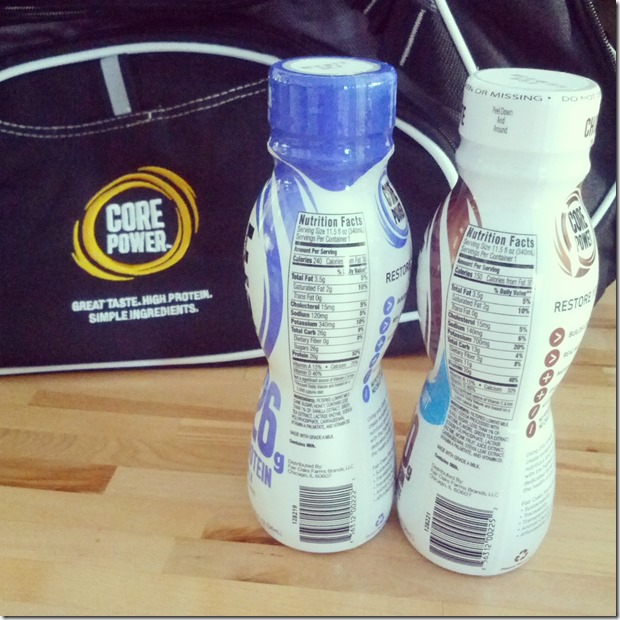 The folks at Core Power have generously offered a giveaway to one lucky Style Files reader.  They are giving away a Core Pore Fit Kit, which includes a sweet gym bag, yoga mat, medicine ball, towel, Camelbak water bottle and Core Power samples so you can give it a try! 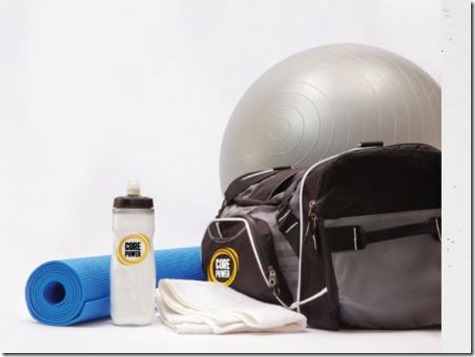 Use the Rafflecopter widget below to enter.  US only, please.  Good luck!

Disclosure: I was provided with a Core Power Fit-Kit in exchange for hosting the giveaway.