Lately, I’ve been on a bit of a zucchini kick.  I blame it on my parents, who have a huge garden and have been giving us tons of fresh vegetables- including zucchini.  That said, I wanted to share a few recipes I’ve whipped up lately featuring it!

1- Zucchini Pizza Bites
My Mom made these as an appetizer and they were SO good!  Totally guilt free and satisfies your craving for pizza! 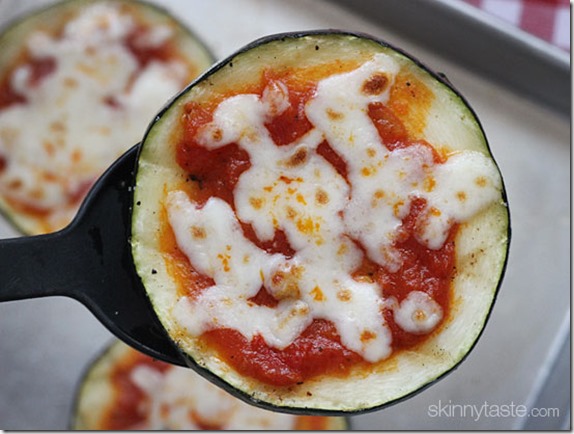 Source: Skinnytaste (how they are supposed to look)

Zucchini Pizza Bites, adapted from Skinnytaste
Ingredients:
–4 slices large zucchini 1/4″ thick
-olive oil spray
-salt and pepper (or to reduce sodium and keep the flavor, use Mrs. Dash salt-free seasoning)
-2 tbsp marinara sauce
-1/4 cup shredded part skim mozzarella (The bags of shredded cheese work best because they melt faster than the fresh stuff, so you won’t overcook the zucchini while you wait for the cheese to melt!)

Directions:
Cut zucchini about 1/4 inch thick. Spray both sides lightly with oil and season with salt and pepper (or Mrs. Dash). Broil or grill the zucchini for about 2 minute on each side. For additional flavor, stir in Mrs. Dash into your marinara sauce. Top zucchinis with sauce and cheese andbroilfor an additional minute or two. (Be careful not to burn cheese!) 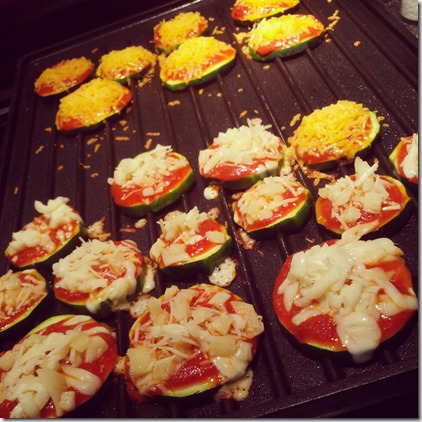 2- Kung Pao Chicken with Zucchini Noodles
These noodles in the dish cut down the calories but still taste like noodles.  The bowl is filled with flavor- salty, sweet, sour and spicy! 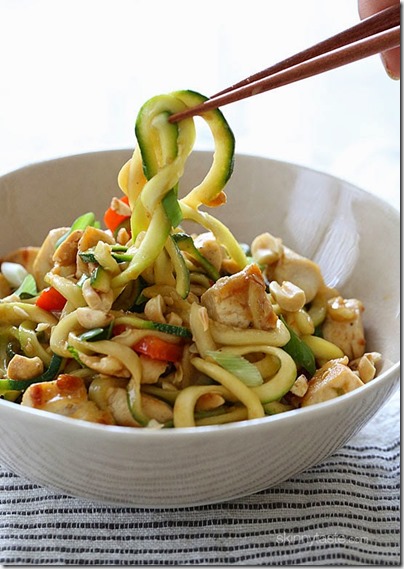 The recipe can be found here.  NOTE: Besides the ingredients, you will need a spiralizer to cut the zucchini.  (Rookie mistake-  I only read the ingredient list and not the recipe beforehand- whoops.)  In any case, know that CVS/Walgreens carries those “As Seen on TV” Veggetti tools which did the trick for me :-)

This dish was incredibly delicious.  I also brought it for lunch the next day…you know it’s good then! 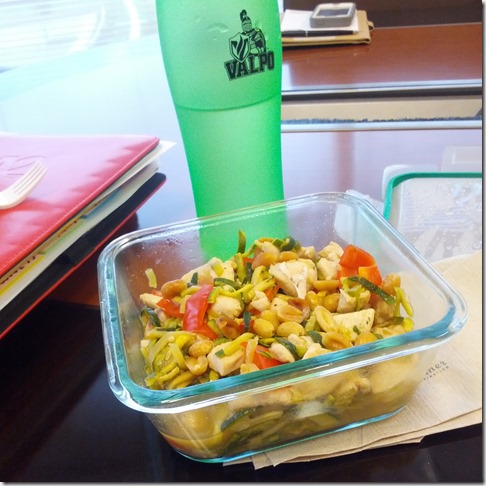 This recipe from the Food Network looks so good.  I haven’t tried it yet, but I intend to! My boss mentioned that she tried this and it turned out great.  Can’t beat crispy chips without the carbs! 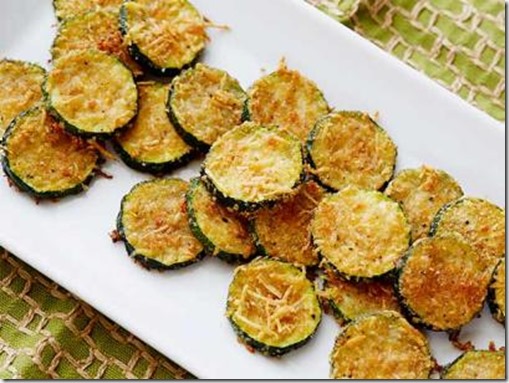 What summer fruits/vegetables have you been eating a lot of lately?

Any other recipes featuring zucchini that you swear by?