This was my third year doing the Antioch Run for Freedom 5k on the 4th of July.  This time, however, my Mom and husband joined me!  It was so nice to be able to participate with them and cheer them on…so proud! 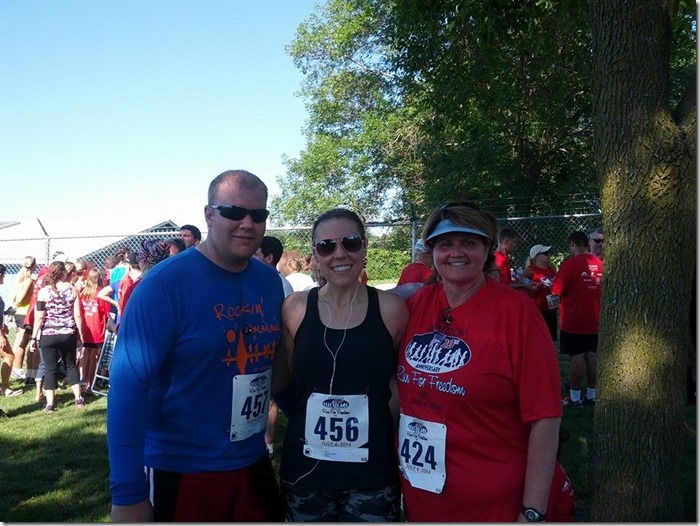 This was the 20th anniversary of the race, and it seemed to be much more crowded than the past two years I participated.  Luckily, I was able to pick up our packets a week or so ahead of time at the local bank that runs the race, so all we had to do was park and walk to the start, which proved to be a nice warm up.  There is a parade through downtown Antioch a couple hours after the race, and we walked past a lot of chairs/tents/blankets for those who were saving space, but luckily it wasn’t part of the course.

The race started right at 8am.  The race was chipped time so I started about half way through the crowd of people.  Since it was super crowded, I spent my first mile weaving in and out of runners, walkers and strollers. (Pet peeve of mine, by the way: I really wish walkers and strollers would stick to the back for EVERYONE’s safety…or since people aren’t good at following directions, perhaps the race should indicate an 8:05 start for walkers/strollers or even a start line/rope several yards behind?  But then again, I suppose I should have started further up if I didn’t want to dodge around people but I STILL know there would have been walkers at the front of the pack.  ERRGH.  Ok off my soap box.)

After the first mile, my Garmin said I did an 7:57 mile.  What?!  I was so surprised, given that I felt I was going slower by weaving in and out of people and had some stomach issues in the morning before we left for the race.  But I feel like the first mile always gives me a good feeling as to how I plan to run the rest of the 5k.  Since I felt great and new the crowd would thin out as the race went on, I decided to keep up the pace and see how I could do!  Unfortunately, my watch didn’t want to keep up with me.  It ran out of battery at exactly the 1.05 mile mark. Wa waaa.

I continued on and felt really good.  Lots of turns and a few hills through rural roads and in subdivisions, which had the homeowners at their driveways with their sprinklers pointed out onto the street to cool off the runners.  Nice touch!  Before I knew it, I saw the 3rd mile marker and decided to push it to the end and see where it would get me, knowing that my latest 5k PR was 24:14 at the Iron Girl Tri.

I kicked it to the end and was anxious to see the final results since I crossed the timing pad at least a minute after the race started.  I grabbed a water and banana and cheered on my husband and Mom and before I knew it- the race results were posted… 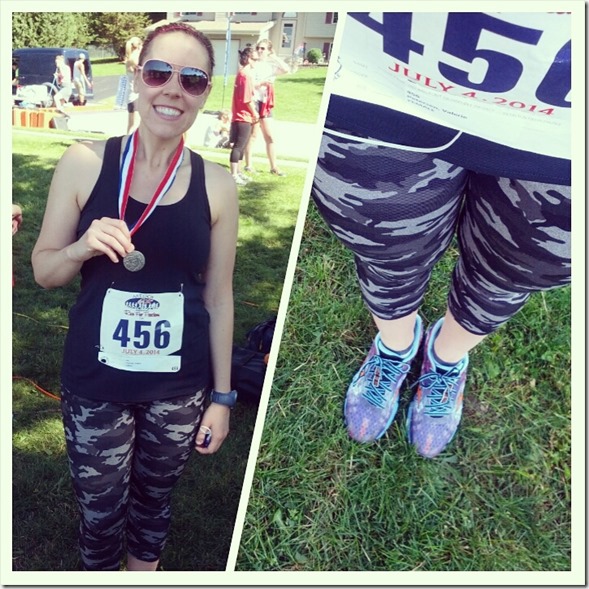 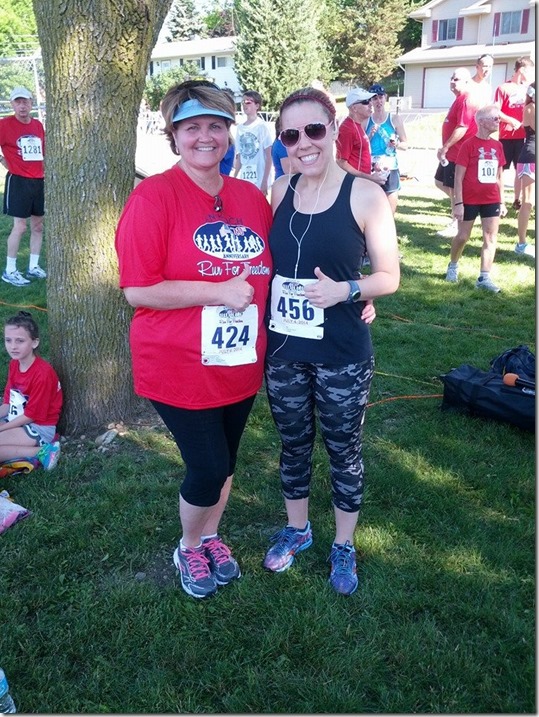 Super cute shirts, by the way but they are notoriously sized really big!  Order down a size!
(I cut the sleeves off mine and repurposed it!) 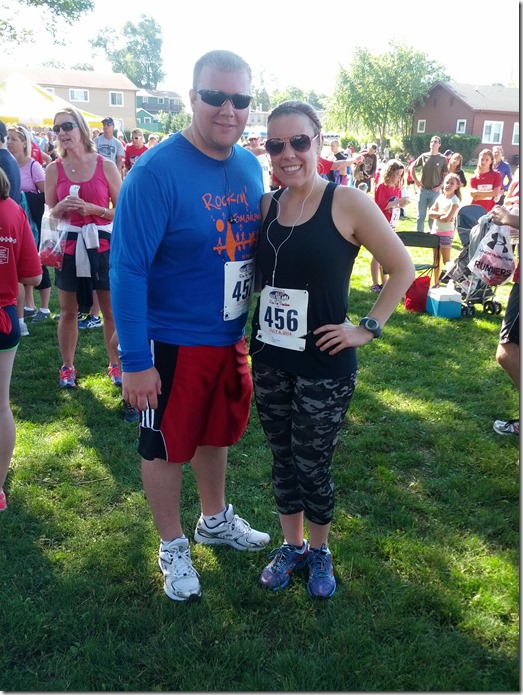 My husband even beat his time and set himself a new PR! 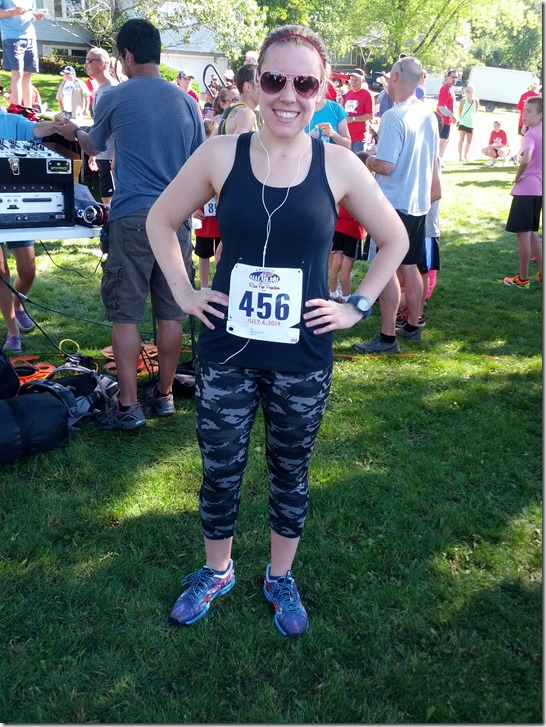 Check out my other race recaps here.

Next races for me?
August 24- Fort2Base: use my code 2014F2BPETERSEN10 for 10% off either race distance!
September- North Face Endurance Challenge: use my code D30VPWI for 15% off any distance!
October- Hero Half and 10k: use code IMANORIGINAL for $5 off (and another $5 will go to the race charities)